It’s field trip season in Michigan—time for those educational group tours that kids anticipate with joy … and that teachers anticipate with something more like angst. Great field trips can engage students, open the door to new discoveries, and improve critical thinking skills.

So, why do some teachers dread them?

We took an unscientific survey (and by “unscientific” we mean we asked one or two of our teacher friends) and discovered it’s the logistics that cause the most consternation:  the paperwork, permission slips, lunch, chaperones, transportation … not to mention what to do with the group once you arrive at the destination.  To alleviate some of the stress of planning, take a tip from the trenches:  Let someone else do some of the work! Choose a field trip that has a built-in structure—one that was designed with student groups in mind.

Here are three of our favorite educational tours in Michigan, each specializing in school groups.

Ford Rouge Factory Tour
The Henry Ford—home of the Henry Ford Museum and Greenfield Village—offers a self-guided tour of the Rouge Factory.  The original Ford River Rouge Complex (the “Rouge”), was built from 1917 through 1928 in Dearborn, and became Henry Ford’s biggest and most ambitious enterprise.  At its peak in the 1930s, the Rouge employed 100,000 workers, operated more than 15 million feet of factory space in 93 buildings, and rolled out one new vehicle every 49 seconds.

To enhance the learning experience, the Henry Ford offers a downloadable learning tool for teachers to use before and after field trip, including a timeline, glossary, review questions, and post-visit activities.

Michigan State Capitol Tour
Last year, more than 125,000 people (mostly students) toured the Michigan State Capitol – one of the state’s all time favorite field trip destinations. Dedicated in 1879, Michigan’s statehouse was modeled after the U.S. capitol building—in the neoclassical architectural style—and soon became the model for many other state capitols.  One of the nation’s most important (and most beautiful) buildings, the Michigan State Capitol was designated a National Historic Landmark in 1992, after a three-year renovation that restored it to its original Victorian grandeur.

One-hour guided tours are offered Monday through Friday from 9:00 a.m. to 4:00 p.m., free of charge, and must be booked in advance.  The tour is very popular and fills up quickly, so be sure to reserve early.  It’s suitable for all ages—even little ones—with the following chaperone requirements:

This is an entertaining and informative tour. The kid-friendly tour guides have their patter down to a science as they point out the 976 pieces of glass on the rotunda floor, the fossil-encrusted limestone tiles, the fake marble and walnut architectural features, and the spittoons that still stand in the governor’s ceremonial chambers. One of the best parts of the tour is when the students get to lie on the glass rotunda floor and look up at the ornately decorated capitol dome, 160 feet above them, painted to represent a starry night sky. If you go on a Tuesday, Wednesday, or Thursday, you may get to see the House of Representatives or the Senate in session from the third floor public viewing galleries.  Buses park for free. 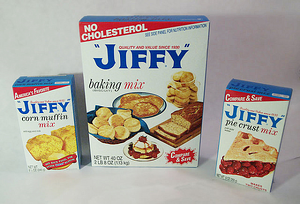 Jiffy Mix Plant Tour
Chelsea Milling Company—maker of Jiffy Mix products—has been a Chelsea, Michigan landmark since 1901.  It’s hard to miss the towering 50-foot box of Jiffy corn muffin mix emblazoned on the side of the company’s bright white grain elevator. Not to mention the silos that store the grain, that makes the flour, that goes into mixes, that fills the blue boxes, that homemakers buy … at the rate of 1.6 million boxes per day.

The family-owned company’s CEO, Howdy Holmes, likes to tell how his grandma Mabel invented the world’s first boxed mix in 1930 after seeing a single dad’s sorry attempt at a homemade biscuit.  Mabel decided, then and there, to create “a product that could save time in the kitchen and be so easy a man could do it.”

Today JIFFY makes mixes for biscuits, muffins, brownies, cake, pizza dough, pie crust, and pancakes.  And school groups, first grade and up, can learn all about it on a free, one-hour guided tour offered Monday through Friday from 9:00 a.m. to 2:00 p.m.  The first thing you see on your tour is a short video hosted by a talking box of corn muffin mix named “Corny”—which tells you the company has a sense of humor).  (To be fair, he’s pretty cute.)

Next, visitors spit out their gum, turn off their phones, and put on hairnets to walk through the factory floor, where they watch actual workers package actual boxes of Jiffy mix.  At the end of the tour, everyone gets a gift bag with a recipe book, a little blue JIFFY guy, boxes of product, and an activity book.

With educational group trips, the world is your classroom.  Studies have shown that when learning is relevant, engaging, and fun, kids really want to learn.  Real world, hands-on learning is the kind of learning that lasts.