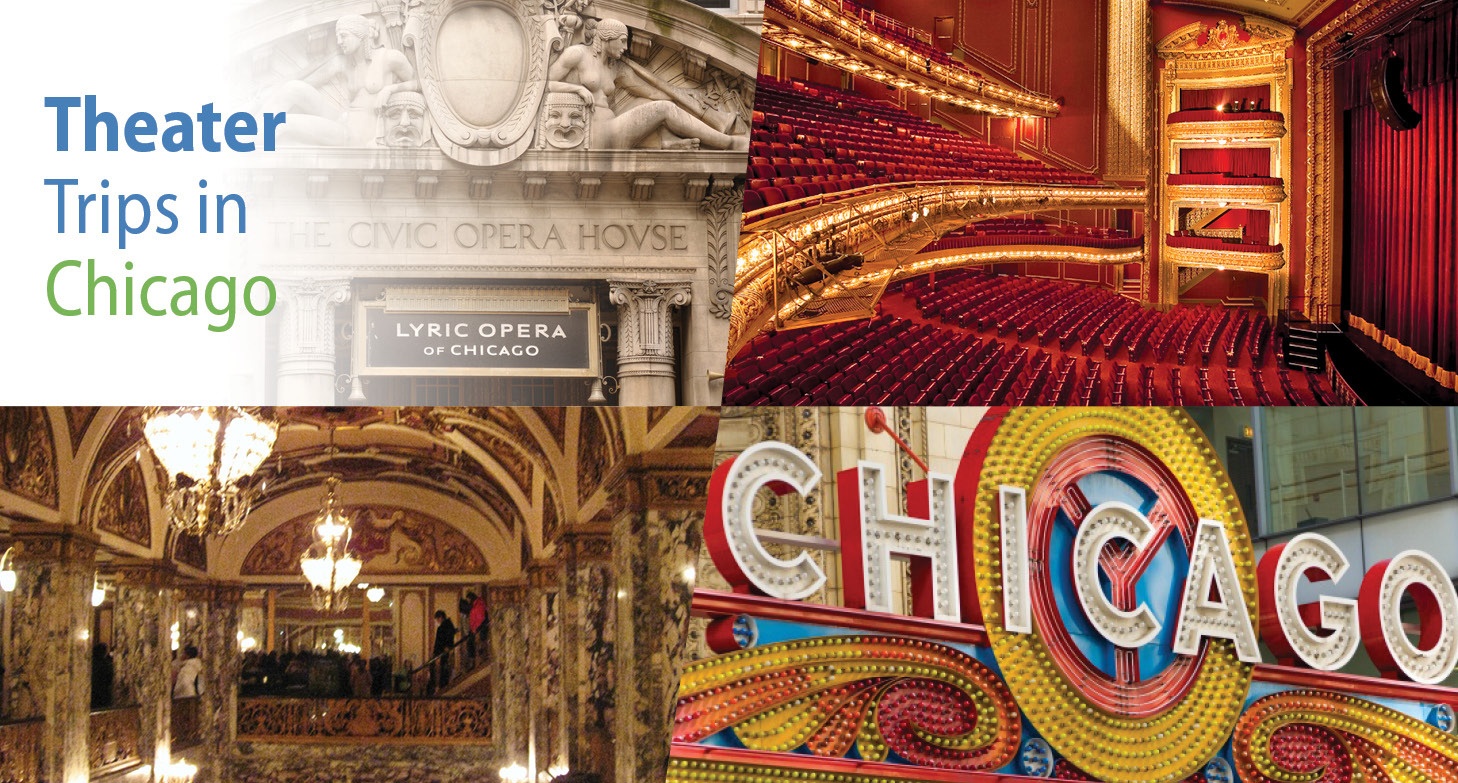 Chicago is a city of many artistic attributes and among the most beloved are the theaters. Shows range from contemporary hits like “Hamilton” to classics like “Hello Dolly,” “A Christmas Carol” and the opera “La bohème,” each produced in theaters with their own interesting histories. Your group will be enchanted by the entertainment and the venues. Here’s a list of some theatrical options upcoming around Chicagoland.

Perhaps the most phenomenal Broadway success in years, “Hamilton” is on stage through January 2020 at the spectacular CIBC Theatre. The story is one of enormous historical significance to our nation — how an immigrant from the West Indies became George Washington’s right-hand man during the Revolutionary War and eventually our first treasury secretary. What makes it so appealing is the way the music of today is woven into the fabric of a historical tale more than 200 years old.

Also fascinating is the history of the CIBC Theatre, which debuted as the Majestic Theatre on New Year’s Day in 1906. At the time it was in the tallest building in the city, (also appropriately named the Majestic Building), and was the first building in Chicago to exceed $1 million in cost. More than a century later, the theater retains much of its original splendor and since 2015 has been a partnership between Broadway in Chicago and CIBC Theatre, which officially kicked off with the production of “Cabaret.”

Another amazing theatrical venue is the Cadillac Palace. A nearly century-old jewel in Chicago’s downtown crown, the theater opened in 1926 and was inspired by the fountains in Versailles and Fontainbleau, France. The restored and renovated theater reopened in 1999. Also a Broadway in Chicago venue, the Cadillac Palace has hosted everything from vaudeville to Mae West to Bob Hope and Jack Benny. More recently, shows have included “Mamma Mia!,” “The Lion King,” “The Color Purple,” and the national tour premier of the Disney favorite, “Aladdin.”

In the lineup for the next several months are several favorites, including “Miss Saigon,” “Fiddler on the Roof” and “Kinky Boots.” Tickets are on sale now and group ticket sales are available.

One of the world’s greatest opera companies is the Lyric Opera of Chicago, which was founded in 1954 as The Lyric Theatre of Chicago, but changed its name a year later. The Lyric, as it’s known, is not only a premier opera venue, but is also a troubadour for the art of opera, spreading the love of opera in greater Chicago to young people and others not normally exposed via Lyric Unlimited. Through programs like the Youth Opera Council and the Community Ambassador Program, Lyric Unlimited is making opera accessible to everyone.

During the next several months, public performances include “La bohème,” a 100-year-old love story that remains a favorite today; “Idomeneo,” the story of a father’s dilemma after making a deadly deal with Neptune; “Siegfried,” a Wagnerian drama including a dragon, magic fire and young love; “Il Trovatore,” Verdi’s song-filled drama set in 15th century Spain; “Cendrillon,” which was adapted from “Cinderella” with added love, humor and magic. Don’t miss out on some of the best opera that can be found anywhere.

Chicago for the Holidays

For those who have their hearts set on taking in a live production with a Christmas-theme, there are plenty of choices and venues:

The theaters and productions listed above barely scratch the surface of the possibilities for your group theater tour in Chicago, so start looking now to make sure you can get seats at the show you prefer. While you’re searching, keep in mind that you should always use a reputable ticket seller to avoid scams. Once you have chosen your show and reserved your tickets, don’t forget to charter the best motorcoach available — Indian Trails!